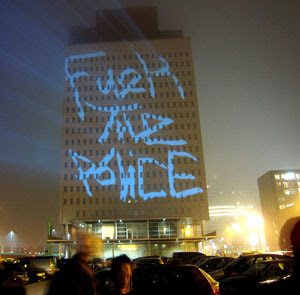 A top cop has been accused of saying that Maori and Pacific Island people get tasered more then others because they have a propensity to commit violent crime.

Maori Party MP Hone Harawira told Parliament that the operational support manager of the Taser gun trial, Superintendent John Rivers, had made the comments at a meeting with the Maori Party.

Mr Harawira told MPs Mr Rivers had said Maori and Pacific Island people were more than half of the subjects of Taser use simply because: "Maori and Pacific people have a greater propensity to commit violent crimes."

He asked Police Minister Annette King whether the comment was indicative of racism in the police.

"However, that is not to say that there are not individuals in the police, as there are in this Parliament, who hold different views."

Mr Harawira also asked whether there was any research on the effects of Tasers on mentally-ill people.

Ms King said there was not much research on the issue but the current trial of the electric shock stun gun was designed to discover whether it is a useful, non-lethal alternative for police.

Maori perceptions of the Police

ONE News Saturday, September 25, 1999
A Maori advisor to the police says a study which highlights racist
attitudes in the force will give it a clear mandate to do something
about it. Victoria University's Criminology Department interviewed
more than 700 officers in 1997, and found that at least two thirds of
them had heard their colleagues using racist language. The study also
found about 25% believe the negative attitudes of their peers are the
same towards Pacific Island and Asian people. Professor Gabrielle
Maxwell, who carried out the study of officers, says in a separate
study of the views of Maori, many felt they were targeted by police
officers because of their race"