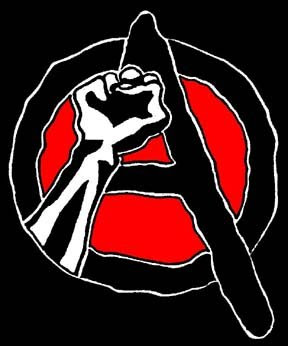 People use the term 'anarchy' recklessly, Daniel Morley Johnson says. They might be surprised at what it actually means

It wasn't your usual government leak. Jeffrey Monaghan, a contract employee at Environment Canada, was arrested at his office by the RCMP in May for allegedly leaking the Harper government's climate plan a month earlier. What made this leak more interesting is that Monaghan plays in a punk band that has targeted Stephen Harper in song lyrics, and he has also been involved with Ottawa's anarchist bookshop in a similar project. His band's website has links to the radical environmental group Earth First. All of which led one Calgary newspaper columnist to label Monaghan's "odious" beliefs - what we might call anarchism - "political chaos."

Anarchism is typically associated with some sort of menace and, increasingly, with terrorism. David Graeber, a self-proclaimed anarchist and formerly associate professor of anthropology at Yale, was dismissed by that university despite being hailed as one of the world's foremost young anthropologists. Many believe Yale's decision not to rehire Graeber - who will take a position at the University of London this year - was based on his personal politics, his writings on anarchism and his support of unionized teaching assistants. Yale has given no reason for Graeber's dismissal.

Rather than being understood as a complex political philosophy, anarchism is popularly regarded as chaos (the word actually comes from the Greek meaning "without rulers"). Anarchy conjures up images of bombing government offices or the total disarray that would apparently follow social revolution. We tend not to think of anarchists as intellectuals or teachers or bus drivers. Anarchism is dismissed as utopian and/or violent, hence the reaction against it.

In modern times, many philosophers of anarchism have been European: Pierre-Joseph Proudhon (France), Mikhail Bakunin (Russia), Emma Goldman (a Russian who died in Toronto) and Alexander Berkman (Russia). Perhaps the most important theorist of anarchism was the Russian Peter Kropotkin, whose 1892 book The Conquest of Bread (first published in English by Chapman & Hall, in 1906; available in several subsequent editions) explains Kropotkin's ideal anarchist- communalist society. He asks why so few people are rich while the majority of people live in poverty, causing the latter to sell their labour to the former. The problem with this, for anarchists, is that the exploited masses are not truly free - Kropotkin says they are more like serfs - and are not, therefore, able to realize their creative or human potential.

Kropotkin details a plan to remedy this through social revolution, and his solutions are simple: equal time for work and creative pursuits; everyone contributes to food production; all people share the work that needs to be done in exchange for housing and freedom. He calls for a redistribution of material goods and an end to greedy extravagance - "to every man according to his needs." This is all based on the belief that people who do not have to worry about starvation or paying for private property will not sell their labour to others, no longer enabling a ruling wealthy class.

Kropotkin is most convincing because he provides examples of how non-hierarchical, non-state-controlled relationships that are fair and efficient already exist. Think of any voluntary association or collective. Recall the outpouring of spontaneous human generosity that is exhibited after a natural disaster or other tragic event. There would be no need for force because humans only need to be forced to do things that are against their best interests; free people who make their own decisions do not need to be coerced. Dissenters would have the choice to build their own societies with like-minded people, as happens in any voluntary group today.

Emma Goldman lived part of her life writing and speaking in the United States, from 1906-1918 publishing the radical magazine Mother Earth, which contained work by writers and artists including Tolstoy, Man Ray and Eugene O'Neill. Peter Glassgold's Anarchy! An Anthology of Emma Goldman's Mother Earth (Counterpoint, 2001) collects dozens of pieces from the magazine, and is a good introduction to several different anarchist points of view. These texts are wide-ranging in subject, covering anarchist perspectives on education, literature, women's rights (including Goldman's 1916 piece on birth control), civil liberties, war, peace and history.

In the anthology, Voltairine de Cleyre illustrates how the libertarian founders of the United States upheld anarchist principles - "that government is best which governs least" - to create a free federation made up of free local communities. Berkman discusses the ways that prisons isolate and debilitate inmates rather than rehabilitating them. In his essay Without Government, Max Baginski explains how state institutions suppress human virtue through the use or threat of force. He also recognizes, like many anarchists, that the government only confuses and complicates the most basic transactions. (Waited all day in a passport or driver's license office lately?) This anthology, which contains a contextual essay by editor Glassgold, illustrates the breadth of issues taken up by anarchist writers.

Anarchism is a philosophy that aims to bring justice to all people oppressed by the elites. Ethnic groups have reinterpreted anarchist theory to support their struggles, for example, the black Anarchist Panther movement in the United States. Canadian Mohawk scholar Taiaiake Alfred elaborates an anarcho-indigenist theory in Wasáse: Indigenous Pathways of Action and Freedom (Broadview, 2005).

Much of Alfred's book is concerned with proposing ways for indigenous peoples to resist settler colonialism and regenerate themselves and their communities. Alfred blends what he calls an indigenous warrior ethic with the anarchist principles of justice, freedom, self-determination and "anti-institutional, radically democratic" forms of governance. He draws, for instance, on Rotinoshonni (Iroquois) traditions of government, in addition to what Vaclav Havel described as utopia: a decentralized economy, local decision-making, government based on true direct democracy, "a sort of spiritual socialism," as Alfred understands it.

Alfred sees parallels between indigenous and anarchist ways of living: rejection of legalized oppressive systems, non-participation in those systems that are seen as part of Canadian settler colonization, and a belief in bringing about change through direct action against state power.

The state tends to view indigenous and anarchist action in the same way, and sometimes responds with violence: Think of the 2001 Quebec City protests and the use of force by the Ontario Provincial Police at Six Nations in April, 2006. Alfred points out we are seeing increasing alliances between natives and settler activists in Canada, particularly around indigenous people's land claims.

Anarchism is not chaos or disorder; it is a complex set of philosophies positing that we would all be better off without rulers, particularly those who greedily disregard the well-being of the majority of people. If anarchism sounds utopian, hence implausible, recall the words of another writer who had anarchist tendencies, Henry David Thoreau: "In the long run men hit only what they aim at. Therefore, though they should fail immediately, they had better aim at something high."

Daniel Morley Johnson is a PhD student in comparative literature at the University of Alberta.


LINK: http://www.theglobeandmail.com/servlet/story/LAC.20070811.BKREAD11/TPStory/Entertainment
Posted by Ana at 21:12

Email ThisBlogThis!Share to TwitterShare to FacebookShare to Pinterest
Labels: Anarchism and the indiginous struggle