On April 7th we will honor the Fallen soldiers who fought for Freedom and Justice in America and the world.  We will honor the Political Prisoners whom suffeing in the prisons of america.  Many unsung heroes and heroines have passed. We will honor their stead fast principles of "All Power to the People", Each one teach one, Serve the People.  We will have poetry,music, a short video, speakers. There will be a exhibit of Emory's art in the library. Come  and celebrate the life's of Revolutionary's who worked for change in our communities.

For more info go to www.itsabouttimebpp.com 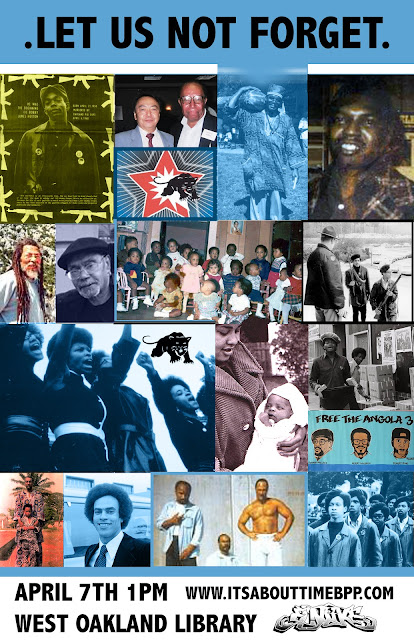