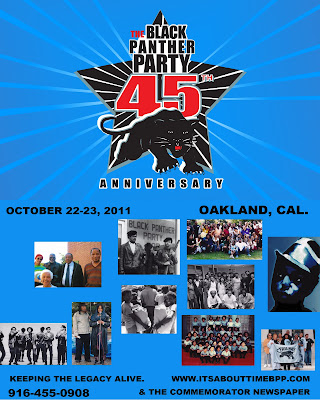 click on pic for a larger image
more info please check out
http://www.itsabouttimebpp.com/home/home.html
Posted by Ana at 09:11 1 comment: 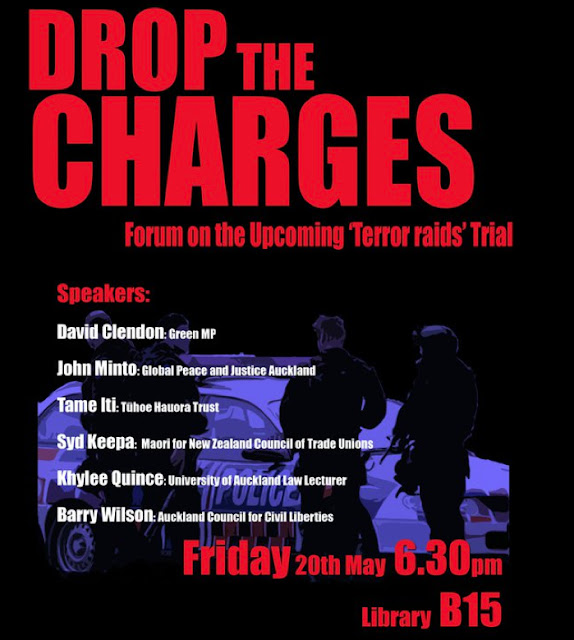 On May 30th a 12 week long trial for 15 of those arrested in the so called ‘terror raids’ of 15 October 2007 will begin in the Auckland High Court.

On October 15 2007 armed police raided homes across New Zealand, claiming that a range of Maori, environmental and anti-war activists were planning terrorist attacks. Eighteen people were arrested – most of whom were held in prison for four weeks while the Police applied to charge them under the Terrorism Suppression Act. The Solicitor General refused to allow the Police to proceed with the terrorism charges.

All of the 15 are facing charges of possession of weapons under the Arms Act. Five are charged with ‘participation in an organised criminal group’.

A number of prominent New Zealanders, including academics, legal experts and Maori leaders have written to the Solicitor General calling for the charges to be dropped, as the trial will be unfair as the defendants have been denied many crucial civil rights, including the right to a jury trial.

This panel discussion will discuss the ramifications of the case for civil rights in New Zealand and why the charges should be dropped.

Tame Iti: Drug and Alcohol counsellor for Tūhoe Hauora Trust and defendant in the case.

On the 15th of May of every year, Palestinians and the whole world remember how it all started. How the Israelis' ethnic cleansing of a people and the destruction of a society - the Nakba - was met with global indifference. Many factors made it so, but among them was a Zionist propaganda machine that illustrated the crime committed in Palestine in 1948 as a war of independence against aggressive Arabs and Palestinians.

It is true that the Palestinians and the rest of the Arab people resisted the establishment of a racist regime in Palestine. And they still do. It is only normal. If anyone comprehends the extent of the injustice that has been committed against the Palestinian people, they would not even ask why they are so determined in their pursuit of justice. And if anyone knows the history of the Palestinian struggle, they would realize that this people will continue to resist in every form until they see the justice they have so longed for restored.

On 15 May 2011, the world is invited to express its understanding, solidarity and support to a people that has resisted... and continues to do so, for Justice in Palestine
Posted by Ana at 08:17 1 comment: