But timing is everything and this is not a good time to preach the virtues of unfettered capitalism, to tell us regulation is bad but the free market is good, to insist business does it better, or wonder why many don't want to see public utilities in private hands.

If we've lost faith in the ability of the free market to deliver a decent society that puts the public good before private profit, it's because we've had good cause.

It's not just that private enterprise's claim to efficiency looks a little suspect against the taxpayer rescues of the BNZ and Air New Zealand and the buyback of TranzRail. We know when private profits collide with the public good we are the losers.


good job, rbc are the main financial adviser of kea petroleum who will be hard out drilling for & expoliting petro-carbons at takutai moana near you

Royal Bank Canada was a major sponsor of the recently concluded 2010 Olympics on stolen indigenous land. This land was never legally ceded to colonial British Columbia. This hasn’t stopped the government from assuming full ownership of the land and its resources for the benefit of its corporate masters and to the detriment of aboriginal peoples, workers and the poor of the province.

The 2010 Winter Olympics increased the homelessness crisis in Vancouver, especially the Downtown Eastside, Kanada’s poorest urban area. Since the Olympics bid, homelessness in Vancouver has nearly tripled while condominium development in the Downtown Eastside is outpacing social housing by a rate of 3:1. The further criminalization and displacement of those living in extreme poverty
continues apace.

"Royal Bank Canada is one of the planet’s greenest companies” according to one of its own brochures. Coporate Kanada saw fit to include RBC as one of the top 50 in a competition dubbed Canada’s Greenest Employers, which purports to recognize organizations that have created “a culture of environmental awareness.” Yet RBC is now the major financier of Alberta’s tar sands, one of the largest industrial projects in human history and perhaps the most destructive. The tar sands, now the cause of the second fastest rate of deforestation on the planet, are slated to expand several times its current size.

The games in Vancouver are now over, but resistance continues. An RBC branch can be found in every corner of Kanada.

On June 25-27 2010, the G8/G20 ‘leaders’ and bankers are meeting in Huntsville and Toronto to make decisions that will further their policies of exploitation of people and the environment. We will be there.

We pass the torch to all those who would resist the trampling of native rights, of the rights of us all, and resist the ongoing destruction of our planet. We say: The Fire This Time.

FFFC - Ottawa
at the corner of Bank Street and First Avenue.
Posted by Ana at 20:58 No comments:

A documentary about the struggle for justice of the Tuhoe people of Te Urewera, Aotearoa (New Zealand)
Posted by Ana at 22:22 No comments: 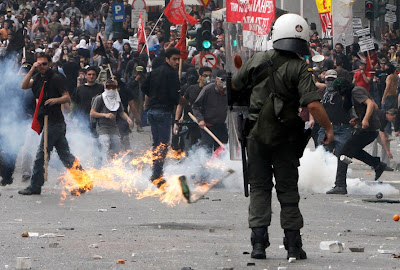 Remember Bobby Sands and all the Hunger Strikers.


The Death of Bobby Sands

Back in the day on May 5th, 1981, Provisional Irish Republican Army militant Bobby Sands died in prison. Serving time for being arrested on a gun possession charge, the hunger striker had refused food for sixty-six days in protest of British authorities before dying. Sands, in solidarity with other prisoners, was opposed to the retraction of “special category status” that criminalized political inmates like him who would have otherwise previously been treated as prisoners of war.

The hunger strike, launched on the fifth anniversary of the reclassification, demanded that five core privileges be reinstated such as free association time, visitation, and work rights. More than a month into the protest, Sands was elected from his prison cell to a vacant seat of the British Parliament. Just twenty-seven years of age at the time of his death, the Irishman refused outside pleas to give up the strike. Having lost significant weight, Sands fell into a coma and was pronounced dead forty-eight hours later.

The British Government allowed nine other prisoners to die in the course of the strike before it came to an end in early October that same year.

Source
Logging and palm oil company Korindo in the remote town of Asikie in Southern Papua brought very little economically to the local people while making profit from the cheap local workforce.
Posted by Ana at 18:16 1 comment:

50,000 march against mining in Aotearoa 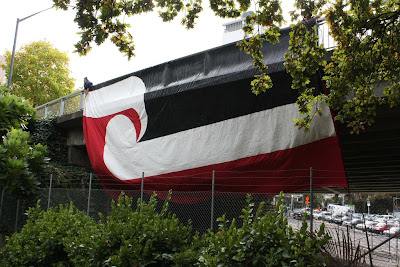 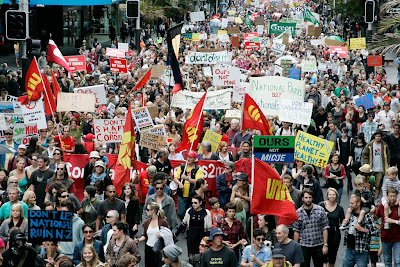 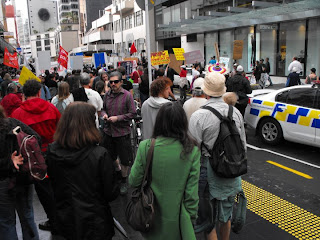 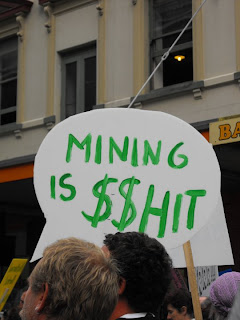 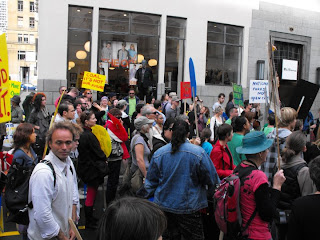 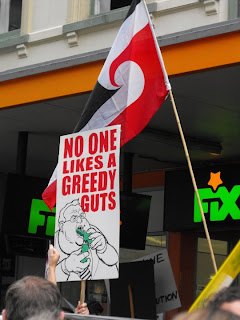 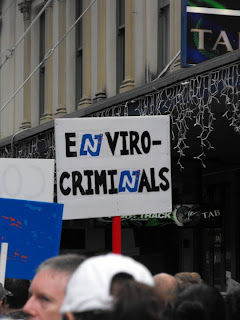 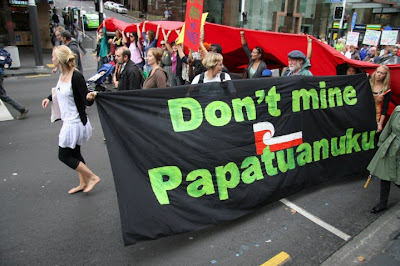 Captures Tangata Whenua experiences and approaches to union organising. Discusses future pathways for growing Maaori worker voices and explores the challenges before the Maaori workforce.
Posted by Ana at 15:20 No comments: