"...We emphasized that the fight against neoliberalism had to be waged globally."
From the G8 to Lacandona Jungle 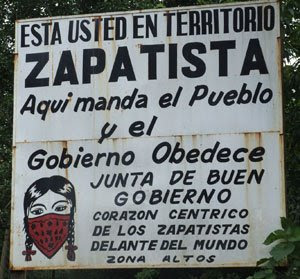 Rachel Rowe, Mexico Australia Solidarity Network activist & independent journalist of Regeneracion Radio from Mexico City; recently returned from Mexico, she has been involved in The Other Campaign (a call from the Zapatistas) and in the autonomous community radio Regeneracion; Rachel is part of the alternative media and communication facility groups and grassroots organisations both in urban (landless peoples movements and poor street vendors movements) and rural environments (indigenous and campesino communities). 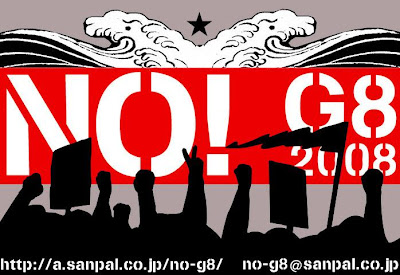 Canopy, LASNET activist, recently returned from Japan where he attended an Indigenous and anti-G8 Conferences. In Japan, July 2008, grassroots organisations from around the globe share their experiences and struggles in a four days conference, discussing and planning new ways to confront global capitalism.