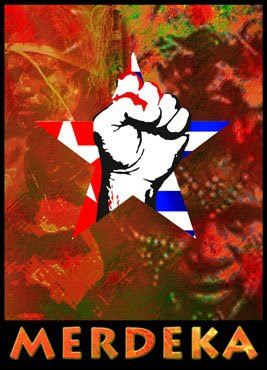 The Australia West Papua Association in Sydney has written to the Pacific Islands Forum (PIF) leaders who will meet in Niue on the 19 August for the opening of the 39th PIF Leaders Summit.

Arrested for simply raising a flag

As recently as July 2008, up to 40 people were arrested in Fakfak simply because they raised the West Papuan national flag, “The Morning Star”. Six of the organizers of the peaceful rally could now face long jail terms for such a simple act, “raising a flag”. The West Papuan people raise their flag as an act of celeberation but also of protest against the injustices they suffer under Indonesian rule. Two other political prisoners in West Papua, Filep Karma and Yusak Pakage, received jail terms of 15 and 10 years respectively for merely taking part in a rally in December 2004 in Jayapura where the West Papuan national flag, the Morning Star was raised.

On Saturday 9 August, a civilian identified as Otinus Tabuni was found dead after security forces fired at a crowd celebrating World Indigenous Day in Wamena West Papua. The security forces fired on the crowd when local traditional dancers raised four flags, the Bintang Kejora (The Morning Star) , the UN flag, the national flag and a flag with SOS on it.Photos (from Institute for Papuan Advocacy & Human Right) and a press release in relation to this incident can be found at

This intimidation by the security forces of the West Papuan people is all pervasive and creates a climate of fear in the people of West Papua. The overwhelming military presence ensures that they can act with total impunity.

Joe Collins also said that “in the Forum Communique of 2007, “Leaders noted the intention of the Prime Minister of Papua New Guinea to convey the Forum discussions on Papua to the President of Indonesia”. The Australia West Papua Association (AWPA) would be intersted in the report back from these discussions as would all NGO’s concerned with the human rights situation in West Papua”.

AWPA calls on the PIF Leaders to urge the Indonesian President to release all West Papuan political prisoners as a sign of good faith to the West Papuan people. We also urge the Forum to send a fact finding mission to West Papua to investigate the human rights situation in the territory.