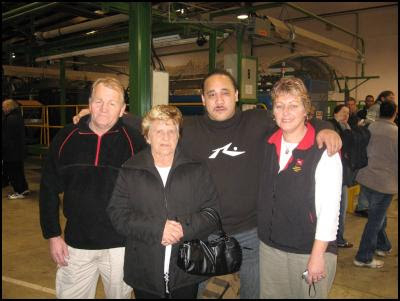 Foxton Feltex union delegates and their organiser, Kay Hearfield
*****
Tears flowed from the eyes of the redundant workers as well as from the skies as workers from Feltex Foxton prepared to leave the factory for the last time.
Following a meeting inside the disused carpet production hall at which Godfrey Hirst and union representatives spoke, the workers received their final pay slips and gathered for a farewell group photo.
The rain, which had been falling in the Horowhenua all week, came back again, but with it arrived more than a hundred local school children and also some Feltex old-timers. 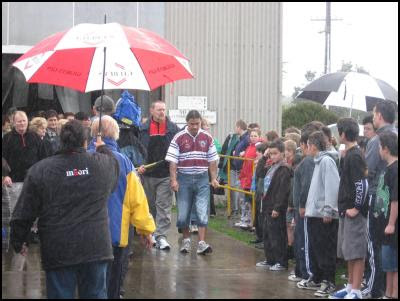 The children had been planning to form a “guard of honour” from the gate of the factory to the RSA where the company had put on a farewell lunch (and a few dollars on the bar).
But with the rain pouring down, the workers invited the students and retirees into the plant, followed by local and national media, after the company, quite rightly, relaxed its ban on media entering the premises. 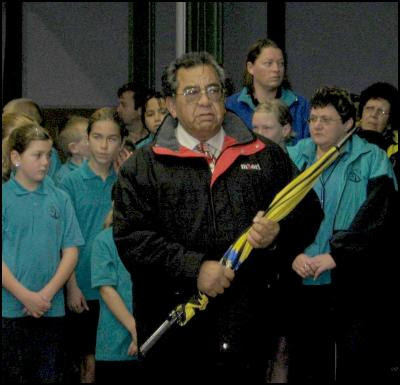 A speech by the local kaumatua and kuia acknowledging the history of the mill and those who had worked their over the years. A karakia and then … a waiata from the children. The rain outside was matched by the tears inside.

A break in the rain, and the guard of honour was re-established and the sound of the haka echoed over Foxton as Feltex workers took their final steps out of the factory gate.
Kia Kaha Foxton Feltex workers
Kia Kaha Foxton.
Although today is a sad day, your children have shown us that the future is bright. 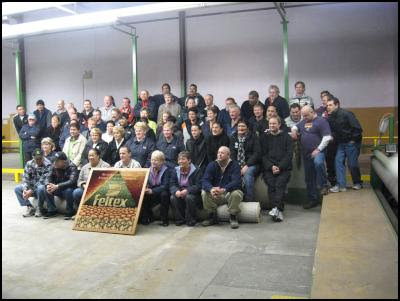