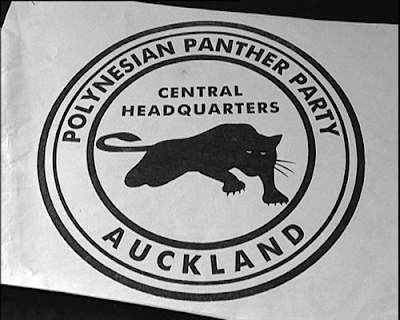 Sina works closely with Aboriginal Australians in a number of anti-racist and anti-colonial projects and campaigns. She runs uriohau.blogspot.com a news service for activists and revolutionaries throughout the Pacific.

Sina was one of two-dozen activists arrested in the wake of riots atthe G20 neo-liberal economic summit held in Melbourne in 2006. Sinawill be discussing her experiences in and perspectives onanti-capitalist and anti-colonial struggles in Australia and the Pacific.

Sina is visiting Aotearoa to build solidarity and support between indigenous and radical activists who on both sides of the Tasman are being targeted by state repression.

6pm - Tuesday September 2nd
@ Clubspace, above the Auckland University Quad, corner Princes and Alfred Streets. (By Maidment Theatre)
Brought to you by Auckland Anarchist Network and Socialist Aotearoa
Posted by Ana at 09:12

An Alternative to Capitalism (since we cannot legislate morality)

Several decades ago, Margaret Thatcher claimed: "There is no alternative". She was referring to capitalism. Today, this negative attitude still persists.

I would like to offer an alternative to capitalism for the American people to consider. Please click on the following link. It will take you to my essay titled: "Home of the Brave?" which was published by the Athenaeum Library of Philosophy:

“Insanity is doing the same thing over and over and expecting a different result."
~ Albert Einstein