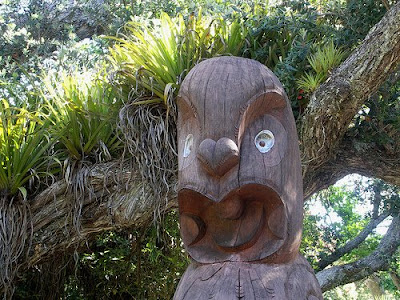 A Northland Maori group has erected pou, or boundary markers, on disputed beachfront land at Matapouri.

Te Whanau o Rangi Whakaahu say they sold the Otito Block to the Government in 1970 as a scenic reserve in the belief that reserve status would safeguard it for all time.

However, they say part of the land was wrongly included in a freehold title by private survey in 1999.

The hapu says the five manuka posts it has erected on the land are to
make a statement, and watch over wahi tapu.

continues here
Posted by Ana at 11:16