Censors and beat-ups in the South Pacific

Auckland, New Zealand --- Fiji's fourth coup in almost two decades and the military's failed attempt to censor key media has thrown a spotlight on growing challenges facing journalists reporting on the South Pacific. The Melanesian sub-region of the South Pacific, in particular, has been branded by some political analysts as an "arc of instability." 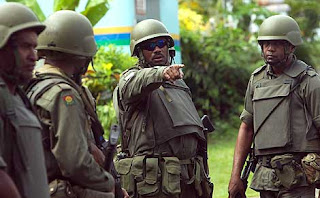 While New Zealand argues from a "Pacific" perspective that sees the region as less threatening, a predominantly Australian view of the region, as argued by strategic analyst Paul Dibb (PDF), forecasts a "more demanding and potentially dangerous neighbourhood."

Australia's strategic objective was to promote stability with regional neighbours such as East Timor, Indonesia, Papua New Guinea, New Zealand and the island countries of the Southwest Pacific. But in the wake of 9/11, the Bali bombing of October 2002 and a perceived higher level of internal conflict in several Pacific countries, Australia dramatically changed tack in the region.

In a recent speech, he added that a New Zealand analysis would say the policy is "bound to fail because it fails to see the island societies, economies and governments in their totality. New Zealanders, perhaps unjustly, would urge a more subtle analysis."

Military policing interventions will not deal with strategic issues such as the lack of jobs for the exploding populations in Melanesia. And Pacific labour mobility is just one of the crucial issues facing the region.
Simplistic notions and prejudices about the region pose challenges for journalists attempting to report with depth, context and analytical skill. Pressures and dilemmas for the news media continue to gain momentum in the South Pacific, often from a cultural as well as socio-political dimension. 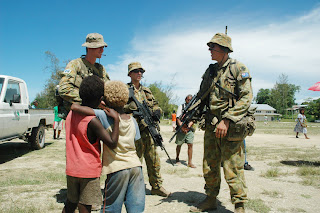 RAMSI
After the military this week forced Fiji's major daily newspaper and sole television station, The Fiji Times and Fiji TV, to close for a day in response to heavy censorship, acting commander Captain Esala Teleni claimed it was a "misunderstanding" and pledged no further media interference.

Crises also pose major problems for Pacific media covering the region with very limited resources. While the media in some countries are refreshingly outspoken and courageous, in others there is a worrying trend towards self-censorship.

Pacific media need more journalists with regional perspectives and experience in conflict reporting. In a 2005 survey of violent conflict in the South Pacific, political analyst John Henderson found that 10 political assassinations have occurred in the region since 1981. 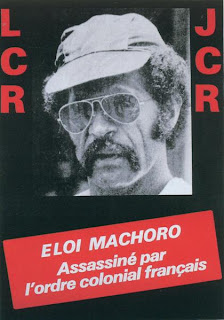 These assassinations have been: 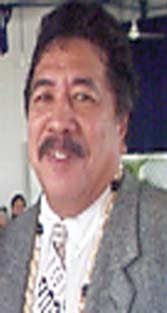 The region has so far experienced:

Some analysts argue that the region should not get carried away with extreme perceptions over so-called "failed states" or even "rogue states." 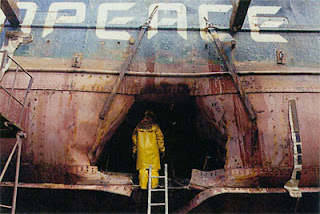 French Terror in Aotearoa
Pacific Islands Forum (PIF) responses -- including the Biketawa Declaration, a collective crisis response in 2000, and Nasonini Declaration, a 2002 implementation of anti-terrorist measures -- led to the establishment of the multinational Regional Assistance Mission to Solomon Islands (RAMSI) in early 2003.

University of the South Pacific academic Dr. Jon Fraenkel argued in a 2004 article in the Journal of Commonwealth and Comparative Politics that the major security threats in the region are "internal, not externally inspired terrorist atrocities." He added that there are "no movements in the Pacific like Al Qaeda, or the Red Brigades of the 1970s, which...retreat into committing bloody terrorist atrocities against perceived opponents."

In contrast, Melanesian conflicts in Bougainville, Fiji, Papua New Guinea Highlands, the Solomon Islands and Vanuatu are fuelled by local disputes, including demands for autonomy and/or independence, clan-based or ethnic divisions or land-related disputes.

In the more recent case of rebellion against the Polynesian feudal monarchy of Tonga -- seven people died during last month's rioting -- the conflict is about greater democracy and self-determination for the citizens.

"When the Australian Strategic Policy Institute (ASPI) warned of a developing 'post-modern badlands' in the Pacific Islands, and politicians began talking seriously of the need for urgent 'pre-emptive' action, you had to wonder whether their perceptions of the Pacific were being coloured by the type of images conveyed in futuristic movies such as Minority Report," Fraenkel wrote in 2005.

"In that film, tomorrow's murderers can be identified, arrested and convicted using a psychic machine before they are even conscious of having decided to commit crimes.

"To anyone familiar with Pacific politics, these images of postmodern security threats were outlandish scaremongering." 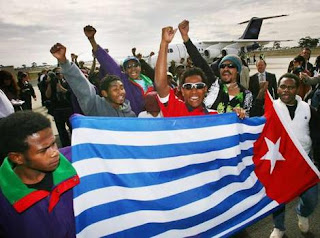 The case of West Papua

The major conflict in the region has been West Papua, often billed the "forgotten war," and indeed this issue has been largely neglected by international media and the issue of state terrorism is rarely addressed.
Now through a new security treaty with Indonesia, Australia is even more overtly being drawn into repression of pro-independence activists. Diplomats expect the recent Indonesia and Australia Framework for Security Co-operation to put an end to the diplomatic rift caused when Australia granted 43 Papuans political asylum earlier this year. Both nations will agree to respect each other's territorial integrity. The treaty will recognise Indonesian sovereignty over Papua and commit both countries to suppressing independence activists.

South Pacific news media have played a crucial role in exposing corruption and abuse of political power or office in the region -- in some cases leading to justice. Now the Pacific needs more journalists with the skills necessary to address globalisation and "the new regionalism."

There is an urgent need for more journalists who can make sense of the new Australian, New Zealand and international "interventionist" engagement with the Pacific that is broadly shaping regional trends.
This article is based on Dr. Robie's keynote paper at the Media: Policies, cultures and futures in the Asia-Pacific Region conference at Curtin University, Perth, Western Australia, on Nov. 29, 2006. You can access the complete paper as a PDF via Robie's website
Posted by Ana at 09:34