This is Our Country Too 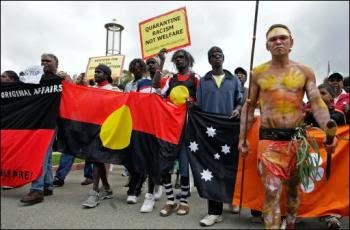 Walter Shaw is from Mt Nancy town camp in Alice Springs,a 'prescribed area' under the Northern Territory Intervention, and is an Executive Member of the Tangentyere Council. He has been speaking out strongly against the NT Intervention and is in Melbourne to premiere the documentary film 'This is Our Country Too'- a powerful exposé of Australia's apartheid...
Hear him speak at these events. If you would like to interview Walter or have him speak at a meeting, please contact Daniella Olea on 0404189272

Thursday 21August, 7pm
THIS IS OUR COUNTRY TOO Melbourne Premiere
@ The Bella Union, Trades Hall (Cnr Lygon & Victoria St)
From the makers of With or Without Fidel, Blood Diamonds and Bang Bang In Da Manor comes a brave new documentary that delves beyond Australia’s reputation of sun, surf and sand to reveal a nation ruptured by a deep racial divide and contested history. Taking the controversial 2007Northern Territory Intervention as its starting point, This is Our Country Too is a hard-hitting investigation into Australia's woeful treatment of its indigenous peoples, and a rare depiction of their unrelenting struggle for justice, equality and self-determination. The Melbourne premiere of the film will take place in the Bella Union, to be followed by a Q&A session with Walter Shaw. 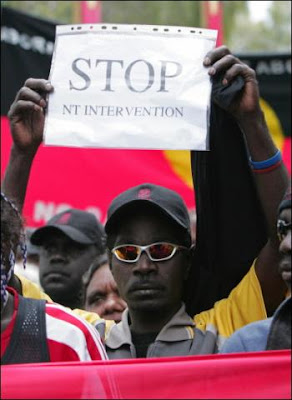