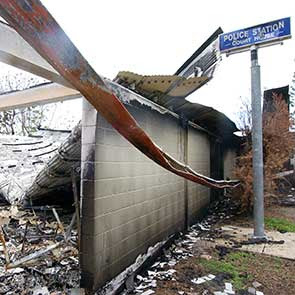 The funding was part of a deal that saw 11 Queensland police officers sent to the Northern Territory as part of the Federal Government's intervention in Aboriginal communities.

Three more police houses will now be built at Woorabinda in central Queensland and two more at Mornington Island in the Gulf.

The five Cape communities of Aurukun, Pormpuraaw, Lockhart River, Doomadgee and Hope Vale will also each have an extra house built.