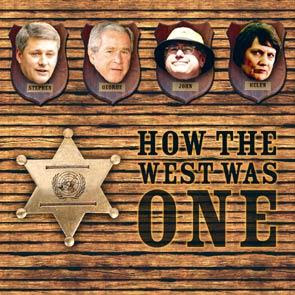 The year was 1986. The United Nations Working Group on Indigenous Populations settled into its fifth year of operation meeting in Geneva; and its Chairman announced that it would draft a declaration on the rights of indigenous peoples. It was supposed at the time that just as the UN had created the climate for the protection of human rights with its December 10, 1948 Universal Declaration of Human Rights, the five member working group decided it was time to create the climate for the protection of indigenous peoples. As an early participant in this process I can say the decision to develop a Declaration for the United Nations General Assembly was met with cheers and fears. Four main principles would become the key to indigenous peoples’ acceptance of a Declaration and ultimately the central points of controversy: recognition of indigenous peoples’ territories, the right of self-determination (in social, economic, political and cultural terms), identification of indigenous peoples as peoples, and a recognition of the collective ownership of culture, intellectual property and territories. Without these basic principles included, the Declaration, it was agreed would be empty and meaningless.

There is a sour note delivered by the settler states (United States of America, Australia, Canada and New Zealand, and the new state of Namibia). They flat out rejected the Declaration. Despite the generation long and prodigious effort by human rights specialists and thousands of representatives from indigenous nations and representatives of states’ governments the often touted advocates of Human Rights–the English Speaking Quartet plus one–voted against the Declaration in part because “it contained language that would undermine our economy.”

In the case of the English Speaking Quartet, the states that came into being by stealing land from the original occupants, express their “grave concern” over this Declaration because they worry that indigenous nations may want their land back. Land and control over land and the economic and power benefits that go with the land is at the center of English Quartet opposition.

In Canada’s case to recognize the right of self-determination and the territorial rights of indigenous nations would mean that Canada’s claims over millions of hectares of land–they call “Crown land”– are potentially null and void. Canada might have to respect the original owner’s and their right to freely use and dispose of their land and resources according to THEIR wants and needs–not Canada’s wants and needs. Canada is attempting to “legally steal” First Nation territories through a bogus “treaty process” with First Nations it started more than fifteen years ago. First Nations leaders have begun to see through Canada’s treaty charade and balk at giving away their land for Canadian dollars (called Loonies strangely enough). More than two-thirds of what Canada claims as its territory actually belongs to the original owners–the First Nations.

The United States of America is in a similar condition as Canada. They claim lands stolen from many different nations–more, as some have calculated, than two-thirds of US claimed territory. The United States government has violated virtually every treaty negotiated with Indian nations since the first agreements were struck in the 1620s by predecessor colonies. Even though the United States government announced its “Self-determination Policy” in 1971, this policy is seriously restricted to economic and social rights recognized for Indian nations. Political rights to self-determination are frowned on and generally not recognized. Economic and social rights are recognized as long as they conform to what US leaders consider desirable and acceptable practices consistent with US goals. If Indian nations deviate from US goals they are soundly punished–though not publicly.

Namibia is frightened to death that the indigenous peoples living in the Caprivi Strip (northeast of Namibia) will self-determine themselves into a separate country or join another state. Namibia’s opposition to the Declaration is directly connected to their desire to deny the peoples of the Caprivi Strip their right to freely decide their own social, economic, political and cultural future without external interference. This principle is the same one the leaders of Nambia used to justify their declaration of independence not so long ago. Now they deny that same right to people who never wanted to be part of Nambia.

The United Nations Declaration on the Rights of Indigenous Peoples is a major achievement in a world that allows its member states to cynically and lawlessly claim other peoples lands, property and right of decision so pervasively–oddly by the members of the English Speaking Quartet that so noisily claim to lead the Human Rights band wagon. Now the struggle for indigenous peoples’ territorial rights, identity as people, collective rights and the ability to freely exercise the right of self-determination begins in earnest. Many states that voted for the Declaration will silently obstruct the creation of new domestic laws that implement the Declaration–they will say they are working on that implementation, but they will prevent the realization of its principles in the life of indigenous peoples. Many states that voted against the Declaration will say they already have laws that implement the Declaration, but they will lie. There laws are simply fictive symbols to ward off criticism by others who would demand their acceptance of the official policy of most of the world.

The struggle for the power to freely exercise the right of self-determination now takes on a new dimension–indigenous peoples themselves will now come to believe they not only have the right, but they have the duty to freely choose their own social, economic, political and cultural future. Fourth World nations will have to develop some of their own new international laws to define how the world operates. They are at least tentatively now, a part of the international community as peoples. When they act of their own volition, those who opposed the Declaration and those who will obstruct its implementation will face increasingly determined nations seeking to be free. The struggle begins!