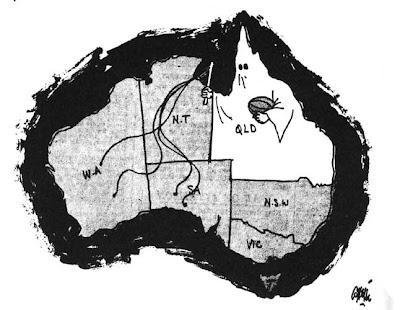 THE split liver which resulted in the death of Mulrunji Doomadgee in the Palm Island watchhouse on November 19, 2004, was an injury more commonly found in people who suffered a high-speed vehicle accident, plane crash or skiing accident involving a collision with a tree, the Townsville Supreme court was told this morning.

Pathologist Dr Guy Lampe said he performed two autopsies on the body of Doomadgee and his opinion was that the injury was most likely caused by a "body projection" such as a knee being forced into his abdomen as he lay on his back on the concrete floor in the police station.

Dr Lampe was giving evidence in the trial of police officer Senior Sergeant Chris Hurley who is charged with unlawfully assaulting and killing Mulrunji Doomadgee after he arrested him on Palm Island for swearing.

Dr Lampe said the autopsy revealed that Doomadgee suffered four broken ribs on his right side as well as the ruptured liver and ruptured portal vein - which caused bleeding into his abdomen and resulted in his death within an hour of his arrest.

He said that in his opinion the rib breakages were caused by compression on the solar plexis, and the same compression caused the liver to be forced onto the spinal column, almost severing the organ and puncturing the portal vein.

In response to questions from counsel assisting the prosecutor, Mr David Kent, Dr Lampe said he considered all the injuries occurred at the same time. He also described bruising to Mulrunji's right eye and to the knuckles of both hands
Posted by Ana at 14:31