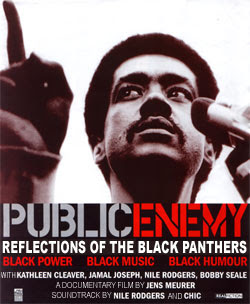 OTTAWA -- The Canadian government is refusing Bobby Seale entry to Canada and denying students an opportunity to hear a legendary civil rights activist, according to a University of Ottawa group that invited the former Black Panther Party chairman to speak at an event this weekend.

The University of Ottawa branch of the Ontario Public Interest Research Group (OPIRG) -- a student group dedicated to social, economic and environmental justice -- invited Seale to give the keynote address on racism and oppression at a conference this Saturday.

But they found out last week that he would not be allowed to enter the country, according to OPIRG board member and University of Ottawa student Michael Cheevers.

"We decided Bobby Seale would be awesome for this because he's not
only an iconic figure of the civil rights movement but he also has
some great messages against racism and oppression," said Cheevers.

In a letter to Public Safety Minister Stockwell Day protesting the
decision to deny Seale permission to come to Ottawa, Cheevers wrote
that, "There are no valid reasons to prevent him from speaking in
Canada now, considering he has been allowed to speak multiple times in
this country since the 1960s, in particular to raise awareness in high
schools about racism and related issues."

Seale, 71, was the chairman and co-founder, along with Huey Newton, of
the Black Panther Party, an organization formed in 1966 to combat
police brutality in black neighbourhoods but which evolved into a
militant Marxist revolutionary group.