"Howard's gone, we voted for change, now let's bring all the troops home!" 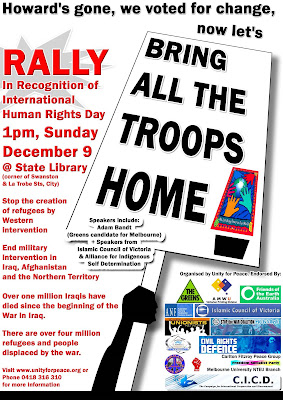 click for larger image
Sunday, December 9, 1pm at the State Library, corner of Swanston and Latrobe
streets, Melbourne
Posted by Ana at 12:20

This report is from my comrades.

Good post, make him live up to his promises.