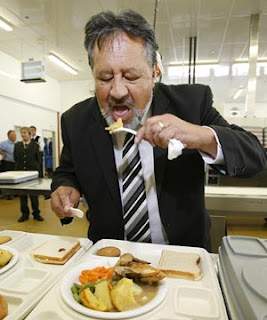 'Dr Sharples joked he was looking to accommodate his family in a secure unit outside a New Zealand prison so he could feed them each for $4.50 a day'

Sharples is paying off his mortgage on the backs of his cronies making money out of the incarceration/slave labour/misery of our people. Shame on him hope he chokes on it.


As more and more Western governments use the services of Serco – the British multinational with an unhealthy hold on prisons and detention centres – it’s worth remembering the gross human rights abuses under its watch   http://antonyloewenstein.com/tag/serco/

Maori Affairs and Associate Corrections minister Pita Sharples is counting on outsourcer Serco and its Maori partner to change the way prisons operate.

The British company, which runs a number of private prisons in Australia, has been picked to run the Auckland Central... Remand Prison at Mount Eden.

Dr Sharples says the prison system's focus on punishment and incarceration has created structural baggage, and left room for innovation.

“The whole idea of rehabilitating these people to put them out as productive members of society is not yet captured, and that’s what I want to see, and I’m hoping that Serco and I believe it’s Tainui they’re involved will do a good job and introduce meaningful programmes into the prison. That would be really great,” he says. 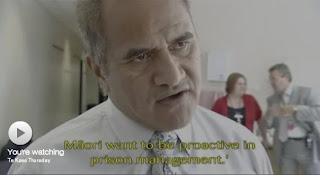 ‎'The concept appalled me then and still does. First grow the raw material, then put it in a can and look after it, I said. It was investing money in the belief that there was an endless supply of losers out there waiting to be processed. I...t was a depressing vision of the future, one with half the tribe and their mates in prison while the other half was being paid by the state to run it. Indeed the prosperity of the tribe would depend on a continuing - and hopefully expanding - supply of the raw material'. Of all the places Maori could invest their Treaty settlement and other money, this would have to be the most inappropriate. Ethical investment it is not.'