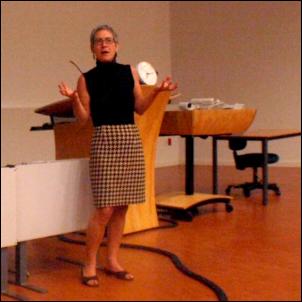 
On Sunday evening (14 November), Professor Jane Kelsey was detained at immigration at Sydney airport for about an hour at the beginning of a tour to launch a new book on the Trans-Pacific Partnership Agreement. She was informed by a senior immigration official that she was not eligible for visa free entry to Australia on the grounds that she was not an ‘appropriate person’ under Australia’s 1994 immigration laws.

While eventually allowed to enter Australia on this occasion, Professor Kelsey was told she would need to apply formally for a visa for any future visits, and was advised to seek a waiver from the Australian High Commissioner.

The official relied on a Springbok tour conviction from the early 1980s, which he claimed had attracted a suspended prison sentence of one year and nine months. Despite claims by the official that ‘appropriate checks have been made’, no such sentence was ever imposed on Professor Kelsey or the others involved in the case. Indeed, the Court of Appeal overturned a binding-over order that would have prevented those involves from engaging in further political protest. Former Green MP Sue Bradford, who was also involved in the case, has confirmed that she has never had similar problems entering Australia.

‘I am a constant visitor to Australia for professional and personal reasons – at least eight times in the past two years, including just one month ago for an academic conference on trade.’

‘I always tick the box about criminal convictions, which relate to the Springbok tour and Bastion Point in the early 1980s. They have the list on record at Australian immigration. Usually I wait 10 or at most 15 minutes and they wave me on. This twist came completely out of the blue.’

Professor Kelsey has expressed her concern to the Australian High Commissioner and sought clarification of her immigration status under Australian law, including whether she will be required to seek visa for future entry to Australia.

‘It is possible it is an ill-judged over-reach by super-officious immigration officials at Sydney.‘

‘However it is equally likely that my name has recently been flagged, presumably linked to my role in promoting critical debate on the TransPacific Partnership negotiations. Requiring me to apply for a visa each time I go to Australia would make it easier to monitor and restrict my movements. At the very least sends an intimidating message to me and to others.’

Last year Professor Kelsey raised concerns over the apparent surveillance by the SIS of her activities as a critic of neoliberalism and free trade agreements, which she argues are actually investor-rights agreements that impose severe constraints on New Zealand’s future policy choices and sovereignty.

‘This latest development seems to confirm that promoting informed and democratic debate on these secretly negotiated agreements is deemed a threat to national security. Everyone should be worried about the implications for academic freedom and informed debate in a democracy.’

I actually enjoyed reading through this posting.Many thanks.