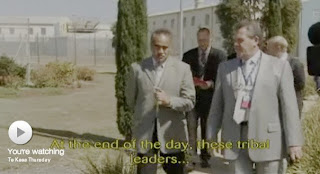 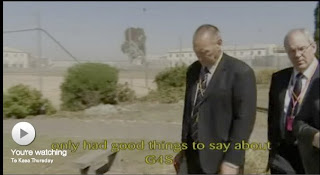 G4S, another private prison operator, was criticised by the W.A. Deaths in Custody Watch Committee over the death of prominent Aboriginal elder, Mr Ward. Mr Ward died in January 2008 after being transferred across the West Australian outback, from Laverton to Kalgoorlie, in a private prison van in temperatures exceeding 40 degrees Celsius.

In their special report of the findings, the W.A. Deaths in Custody Watch Committee condemned the actions of those responsible for Mr Ward’s death. The report stated:

“Mr Ward’s death…cumulatively demonstrate the institutional failure and incapacity of the State and successive Ministers for Corrections to discharge their non-delegable duties of care and to ensure that the State’s contractor GSL/G4S complied with its contractual, statutory and human rights obligations and the failure to have procedures and practices in place to ensure that this occurred.

The findings of the State Coroner that the State and GSL/G4S contributed to Mr Ward’s death are the most serious findings a coroner is empowered to make. These findings further emphasise that the contracting out of prisoner transportation as practised in Western Australia in unsustainable.”

GSL/G4S has in Australia alone been found by coroners to have contributed to the death of at least six people in custody, including Mr Ward in less than nine years. It has also been subject to severely critical findings in relation to its operational compliance and duty of care capacity and for violations of the human rights of people in its care and custody. The demonstrated unfitness of GSL/G4S is further evidenced by the following events:

• 15 February 1994 – The findings of a North Humberside Coroners Jury inquiring into the death of Mr Ernest Hogg who died due to “lack of care” while being transported by Group 4 (now G4S) in May 1993.

• 26 April 2000 – State Coroner of Victoria finds Group 4 (G4S) contributed the hanging deaths of four men at their Port Phillip Prison through the failure to provide a safe environment.

• July 2006 – the Victorian Ombudsman and Office of Police Integrity issued a joint report, entitled Conditions for Persons in Custody, which included a review of prisoner transportation provided by GSL. The Report relevantly concluded that insufficient attention is given to the conditions under which prisoners are transported, often without basic amenities for long trips.

The report also referred to the findings of a 2005 report by the Victorian Corrections Inspectorate which had previously outlined deficiencies in prisoner transport provided by GSL in the areas of:

• 4 December 2007 – The President of the Human Rights and Equal Opportunity Commission brought down serious and adverse findings of human rights violations against GSL in relation to the infliction of cruel, inhuman and degrading treatment and treatment that violates basic human dignity of detainees transported by GSL from the Maribyrnong Immigration Detention Centre to the Baxter Immigration Detention Centre on 17/18 September 2004.

• On 9 July 2007 Victorian Coroner Audrey Jamieson’s report on the inquest into the death in GSL custody of Ian Thomas Westcott found that the failure of GSL to maintain and comply with procedures to ensure the operability of intercom systems in place to ensure the safety and survival of prisoners effectively contributed to Mr Westcott’s death and that his death was preventable.

The West Australian Coroner’s report of Mr Ward’s death was damning and it recommended that there is an imperative public interest in the State to terminate the contract of GSL/G4S as soon as possible and not wait until the contract period ends in 2011.

The report concluded: “GSL/G4S has shown through its own conduct and especially in relation to prisoner and detainee transportation that it is incapable of discharging its most basic statutory, contractual, procedural, duty of care and human rights obligations owed to people in its care and custody as well as to the WA and broader public.”

The West Australian Attorney-General Christian Porter ruled out terminating the contract of G4S.
GEO Group which will be in charge of Parklea prison is the second largest prison company in the USA and listed on the New York stock exchange. GEO Group also operates a migrant detention centre under contract to the USA government alongside the notorious Guantanamo Bay military facility in Cuba.

GEO has been involved in a number of controversial incidents in American prisons. In 2001, a prison inmate at a GEO facility in New Mexico, Gregorio de la Rosa, was killed in dubious circumstances. In 2006 a civil jury found GEO liable for the death, and ordered the company to pay compensation of $47.5 million to the Mr de la Rosa’s family. Last year a grand jury indicted GEO Group to stand trial for the murder of de la Rosa, accusing guards of beating the prisoner to death with padlocks stuffed into socks.

GEO Group is also being sued in regard to an incident were seven prisoners were kept locked in a cold shower room for five hours wearing little or no clothing. In 2007, GEO Group also settled a lawsuit with the family of a woman who was allegedly raped and beaten after being locked in the same cellblock as male inmates. The woman committed suicide shortly after the incident.

GEO Group had its contract to house prisoners from Idaho at its Bill Clayton Detention Centre terminated in November 2008. The Idaho Department of Correction stated that GEO Group’s chronic understaffing of the facility put offenders safety at risk. An audit of the facility had also found that guards routinely falsified reports that they were checking on offenders, despite being away from their posts for hours at a time.

The Minister for Corrective Services stated that Parklea would have oversight from ICAC, the ombudsman, and a whole range of other organisations including the NSW Government’s official visitor program. Minister, we hold you to keep your word.