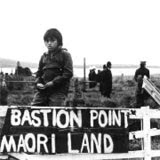 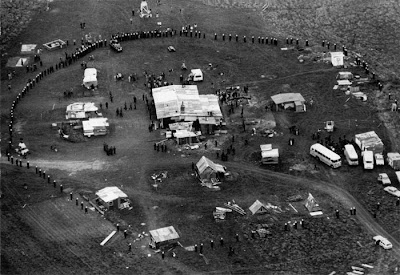 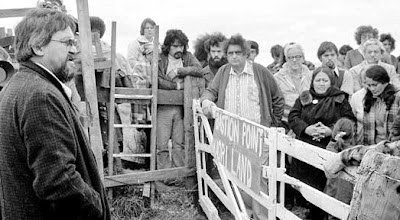 Today marks the 30th anniversary of the re-occupation of Takaparawha. I remember being taken up to the occupation by my great aunt as a child, this has laid the foundation for my commitment to my peoples and their struggles. At the time the occupation certainly cemented the momentum and Maori drive for self determination, Takaparawha also showed the strength of solidarity with union placing green bans in support of the protest and support of many non Maori.It was a very visible reassertion of identity, pride & collective power. For a haapu that had been made virtually landless by the colonial imposition of Auckland, Takaparawha demonstrated the importance of fighting for the ahi kaa in our whenua and ourselves, and that is not meant to provide any comfort to some of the cousins that are enamored with crown & corporate & kupapa bullshit, who shame our history of struggle and led us further down the path of assimilation. To all the warriors that we have lost in the past 30 years, love & respect and to our warriors to come, time to stand up and continue the fight.

" On May 25 1978, 600 police officers, supported by the Army, stormed onto Bastion Point above Auckland’s exclusive Tamaki Drive, and began evicting the Maori owners living on their land. 220 people were arrested in a major turning point for the Maori movement for self determination.

‘Bastion Point’, Takaparawha, and much of Auckland was Ngati Whatua land at the time of English colonisation. Ngati Whatua chief, Apihai Te Kawau, came under immense pressure from the government last century to sell land as Auckland city expanded. Much Ngati Whatua land was sold to the Crown, but before his death Te Kawau secured the 280ha acres at Takaparawha enshrined in law in perpetuity for his people.

Despite this protective legislation however, successive governments seized increasing amounts of Takaparawha under various guises, such as defence purposes and public reserves. In 1951 the tribe was evicted from its tribal centre papakainga on the Okahu Bay foreshore and relocated into state houses in Orakei.

The dispute simmered in, courts, appeals to government and public appeals with little progress until Wellington builder, and Ngati Whatua son, Joe Hawke in 1977 led a small group back to Takaparawha to reoccuppy their land.

The occupiers erected make-shift housing for many of the tribe who began to come home, beginning a 506 day stay. The occupation was long and hard on its members. Nine year old Joann Hawke, niece of the occupation leader, died in a tragic fire in one of the huts.

But, following the Maori land march of 1975 which had highlighted the breadth of Maori concern about their oppression and the alienation of their lands, the Ngati Whatua stand at Takaparawha acted as a catalyst for action, and an example for others to voice their grievances.

And the forceful response of the government to a challenge from below, awoke many pakeha throughout Aotearoa to the realities of state violence and ruling class interests. When police forcibly removed the Ngati Whatua again from their lands, and bulldozed down their houses, the government lost the dispute. Although it took another ten years of legal challenges, the weight of public opinion had moved decisively. Bourgeois property rights were turned back in the faces of the settler ruling class, in 1988 the land was returned, and a precedent set for a wave of Maori land claims."

When the Crown announced that the last area of uncommitted land at Bastion Point was to be developed for high-income housing, some Ngāti Whātua occupied the site. They had hoped that this ancestral land might be returned to tribal ownership. After 506 days, the protestors were evicted on 25 May 1978. This television footage records the event. Army trucks are seen descending upon Bastion Point while flares are lit by its occupiers.
Posted by Ana at 10:28

We haven't learnt much in 30 years!! At the exact time Ana posted her article, the Kapiti Coast District Council voted to accept a recommended plan change. This will enables non-airport activities to take place on a large block of land in Paraparaumu, taken under the Public Works Act before the war, now supposedly privately owned and not strictly needed for the operation of the airport.

Like Raglan all over again, except in a way slightly worse, because it is for private gain, not for the benefit of a Golf Club.

The non-airport activities are touted by the developer/owner as necessary for the viability of an expanded airport which he is under no obligation to provide or maintain.

The proposals are supported by the mayor and 5 councillors, because of the promises of local jobs and increase d commercial rate take, despite the obvious injustice to the former owners. Opposing are another 5 councillors, most of whom can see that the commercial development is a smoke and mirrors performance to avoid the offer-back provisions of the Public Works Act.

aye neke the public Works Act has alienated heaps of our whenua, councils are just the pimps for big business like everyone else. All the struggle in the past 30 years, all the pain and the price we have collectively paid for standing up for our the survival of our peoples and our lands. With the encroachment of neo-liberalism near complete in Occupied Aotearoa the fires that burnt in the last 30, 20 or ten years ago need to be relit.
Mauri Ora
Ana

neke
Kapiti needs to do what Orakei did and occupy.
Dave

Kia ora Dave,
As my Te Paatu uncles who were arrested that day recall, it was thanks to Syd Jackson that there was a union ban on site. The green ban blocked any union labour from traitorism.
The weekend Herald article did not pay homage to Syd's efforts.
Bob Newson was also a cop at the time and when he saw the brutality, ripped off his insignia and crosssed the line between cops and occupiers to help the old people get the mattresses. He left the police then and there. That man had a conscience - but then the Newsons are in fact descendents of the great Kamira whanau of Hokianga. They have mana, which Bob demonstrated.

This is the calibre of people needed for your struggles. Unfortunately many of my uncles and father who were there at Takaparawha have died and I don't pretend to understand this current generation's so called committment.

kia kaha Ana. Thanks for your work putting this article on line. Neke you are so right brother. The struggle to roll back colonialism goes on and as soon as we let our guard down groups like the Kapiti Coast Council get a right jab in.

Seeing Shadbolt on the news today reading a few lines from his poem on the Bastion Pt occupation reminded me of that fine writing of his. Has anyone got a link to that poem I have lost the copy I had.
Nga mihi atu
Ben

Your are right same old tactics from councils/crown/tans-nationals and you have to wonder what sense it makes for us to continually walk into knock out punches. You have to search for that poem, you highlight the artistic explosion that Takaparawha eneabled, great stuff from Herbs & Merita Mita and many others.