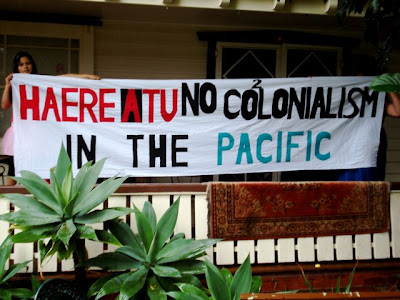 Shame on the the Maori Party selling out our Pacific cousins right to exist & shitting all over our obligations as tangata whenua to protect & defend our environment for future generations.

“What’s worse is the ETS fails to protect the most vulnerable communities from the effects of climate change. Maori communities will suffer because of poorer existing housing and community infrastructure, and economic reliance on threatened fishery and shellfish stocks. The further loss of cultural taonga will also be hard for iwi and hapu to bear, and negate any positive effects of Foreshore and Seabed Act repeal.”