Striking Workers in New Caledonia Battle the Cops and Bosses 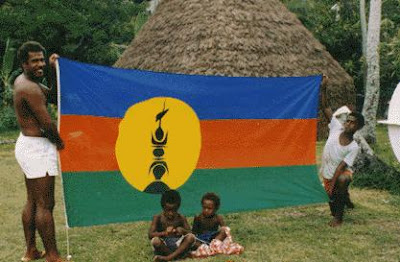 Workers of the USTKE union battle cops and bosses after a union member was fired for theft. The union rejects this accusation, claiming the worker is being victimized. Jef Costello writes:

“Workers at Carsud, the bus transport system for the capital Nouméa and surrounding areas, went on strike over the dismissal of a colleague for gross misconduct. Workers began a general strike, rotating between different regions, on January 9th. Some 200 police were sent against the strikers occupying the buildings at around 2am. Workers picketing the roundabout were attacked with tear gas grenades, rubber bullets and batons. Those who couldn’t get away in time claim to have been beaten in the back of the police vans. Workers responded by throwing stones at police. They overturned and burned two police vans as well as the director’s car.

Clashes continued all night and well into the next morning in what police described as ’scenes of guerilla warfare’. Seven police and two gendarmes reported minor injuries, as did dozens of workers. Up to 63 arrests were made with at least 12 strikers held on remand, mostly for charges of armed assault on police officers and criminal damage and are set to appear before a judge tomorrow (Jan 22nd)... The union has denounced the refusal of the company to negotiate. The high commissioner for the province, one of France’ overseas territories, said after the night’s violence: ‘they are using the tactics of crooks and thugs and I will punish them as such.’”