THEY were taken from their parents more than 40 years ago, a group of frightened children from Balranald, NSW, who were bundled into the back of a police car and driven away.

Memories of the "kidnapping", as Mick Edwards refers to it, returned for his family yesterday, as seven of his brothers and sisters gathered to hear the Prime Minister's apology.

Standing on the lawns outside Parliament House clutching a black-and-white photo of her late father, Nugget Edwards, Maria Edwards bowed her head as Kevin Rudd repeated the word "sorry" from a TV screen. Her sister, Alice, held her shoulders.

" 'Bout f…in' time!" yelled Mick, a football coach who has spent his life trying to control his anger about the past and a broken childhood in boys' homes. His brother Reg Edwards, who is a dialysis patient, stood quietly in the crowd — breaking down only later as he looked at a photo of his dead son.

Singer-songwriter Kutcha Edwards said the family came to accept the apology for all their relatives damaged by the removal — including their late mother, Mary, their father and a brother, Wally, who died from alcoholism at the age of 43.

"They went to their graves without hearing it," said an emotional Kutcha, before singing with the musician John Butler.

"We could have been different if we were left alone," said Arthur, the eldest of the Edwards, who remembers the removal clearly, and being interned at Swan Hill police station before being taken to institutions.

"Phone calls were made to social welfare about Mum not looking after us well. That was totally untrue, we were all loved," he said. "We used to walk to school every day on the riverbank holding hands. All of a sudden it wasn't to be.

"They thought they were doing the right thing taking us. They destroyed us." 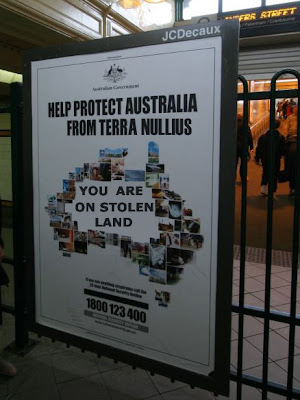