INFAMOUS INDIGENOUS SAGE “RED-X” EXCAPES FROM GUANTANAMO – WITH A MESSAGE! 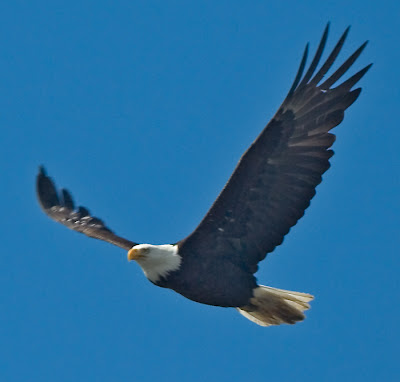 MNN. Sept. 17, 2007. At this time we don’t know how the infamous Indigenous sage, Red-X, escaped from the Guantanamo Gulag. His captors tried to break his spirit. But the Red-X said, “I already know this scene. I went to rez school!”

The account of his escapades is forthcoming. People Magazine, E-Talk Daily and the New York Times are all reportedly fighting for first dibs on his story. Red-X is keeping his mouth zipped. “I don’t need to talk to no colonial rag. MNN is the only one I’ll talk to. My story is just for my people!”

As MNN reported months ago, the Red-X had been captured and was being tortured. He had communicated that he would make contact with those who had fine tuned their perceptions, who had ears to hear, eyes to see and minds to know. Red-X indicated that he did receive a sign from the “war counsel” of the Third Dimension which makes itself known to those who are placed in abject confinement.

Red-X was inculcated with lyrics passed on to him on a stone tablet which was presented to him by a powerful warrior spirit, who spoke with thunder in his voice, lightening emanating through his eyes and with the head of a burning bush. His muscles looked like the mountains surrounding eternity.

The truth inscribed on this tablet from this ethereal being were to be transmitted to the mundane realm which we live in. The communicative enlightenment was to manifest its elucidation by means of melodious tonality. The musical vibration and the message would liberate the millions of people who have been imprisoned in their minds, deprived of free thought and the ability to contemplate in full cogitation. This is all part of his “sageocity”. People have been traumatized by the horrible shock and awe perpetuated by the neo conservative cabal of the Bush administration. They murdered over 3000 people in blood so cold that it would make Truman Capote shiver with a need for a steam bath at the nearest spa.

As one can imagine, the “force” tells no lies. The ethereal realm presented sacred missives in honor of the Red-X.

Red-X was instructed to deliver the words in the appropriate manner so that the truth could be converted into power. That power would then suffuse a sonorific voice that could translate into psychic transfusion. The words would be transmitted by means of rhythmic nuances for the understanding of those who are ready to hear it.

As he crossed the ocean from Cuba escorted by a fleet of dolphins onto Turtle Island , his silver eagle was waiting. He quickly mounted the silver eagle and headed back West to the place where the sun never sleeps.

As he flew he reminisced about the horrible atrocities that had been perpetrated upon his mortal form, which he never succumbed to, because his will to live is unyielding. He understands the suffering of his Arab brothers and sisters by the U.S. military torturers who have been given unlimited powers according to their so-called “extraordinary rendition”.

The Red-X was constantly tortured on the “water board”. Nothing could break him down. They wanted him to reveal the secret power of the Indigenous people who are able to communicate with the “kasastenera kowa sa oiera”. They want to know why they have not been able to totally exterminate us. We know who we are. We have the marks that denote our special place on this earth.

They put a hood over his head so he could not recognize his torturers, as if he couldn’t tell they were Americans, especially when they greeted him with “Howdy Doody!” They put him face down suspended by a pulley. He was then lowered into a pit of gurgling water so that he would sink to the bottom and be made to think he would drown.

His torturers only fed him during the day one sparse portion of cornmeal and a piece of sugar came. They thought they were starving him. They did know that maize is an integral part of the indigenous diet and thus the main sources of the Red-X’s mystical psychic power. They were totally “amaized” at his strength.

“I have tried to expose the truth about what happened in New York City at the Twin Towers on September 11th 2001. I have been greatly concerned about the falsehoods being spread because it was built by my people, the Onkwehonweh”. He was troubled by the official story given by the U.S. government through their mouthpiece Ari Fleischer who said, “Be careful what you say and who you say it to”. He was warning about the police state that was coming and the penalties for those who talked about 911 in any other form except from the “official patriotic” perspective.

The War Counsel told him, “You have suffered enough, Red-X. We will make it easy for you to escape”. He memorized the lyrics that were on the tablet, which then evaporated right before his deep set eyes.

As he flew the words kept coming to him:

1. 911 was a “false flag”, nothing new
It’s been tried and true
As a means to perpetuate
The war mongering greed
Of the very elite few
Hell-bent on dictating
Who we are and what we do

CHORUS:
You can’t escape the eagle’s eye
The winds can hear your plans and lies
Your skull and bones and false flag flies
But the spirits of justice are on the rise

2. The epitome of evil false flag operations
When you kill your own people
To justify attacking other nations
Side stepping the rules
Governing war crimes and treason
Murder and genocide for your own sick reason

4. Stand down orders to the U.S. Air ForceAllowing four planes
To go unchecked and off course
But, hey, what happened to
The plane that flew into the Pentagon?
Come on! No parts! No luggage! No bodies!
Something is very wrong
Cheney, Rumsfeld, Wolfowich and Bush
Have the motive, the means and the opportunity
Just like Hitler, Pinochet, PolPot and Mouselini
Your crimes are against humanity
And for that there is no immunity

5. Your game is up
Burn in HELL
Your future generations
Will know this story well
Your oiligarchy is
The next tower to come down
And the history of truth is
The only story we’ll tell

Red-X spoke these words to his messenger, Bro’hawk, who found Dacajawea [Splitting the Sky], who converted it to music with the assistance of She-Keeps-The-Door, Speaks-The-Truth, Shahada and Nat. “Truth to Power” came into being.
contact: splitting_the_sky@yahoo.com

Listen and live on! http://www.myspace.com/truthtopowertimes2