One Year On: Remember the October 15 State Terror Raids 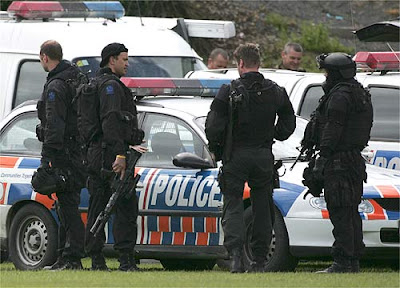 Next Wednesday marks the first anniversary of the nationwide police raids on the homes of activists from the Tino Rangatiratanga (Maori Sovereignty), anti-war, environmental and anarchist movements. The majority of the arrested activists were held in prison for nearly a month. The entire town of Ruatoki was blockaded by heavily armed police. Men, women and children were locked in freezing cold sheds for hours without charge while their houses were trashed by police.
A number of events are happening around Aotearoa to mark the anniversary of this dark day.

Wellington
Saturday October 11, 11am-4pm. Garage sale and cakestall, followed by a social at the Freedom Shop to raise money for the October 15 support fund. [More]

Auckland
Saturday October 11. 10am-11am. Saturday Soapbox at the Otara Markets. Guest speakers will talk (10am to 11am) about last year’s October 15 police raids on activists and the Tuhoe community. Organised by the Workers Party. [More] 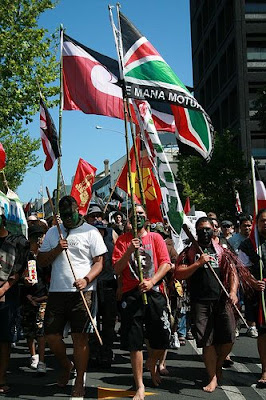